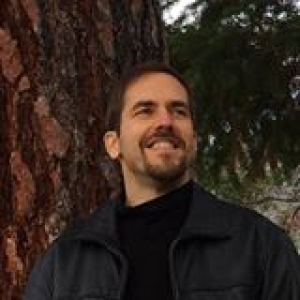 Have you ever wondered why other people have books that are not in your Bible (like the Apocrypha), or if some book were lost along the way and might be discovered some day? What about further revelations from God, are we open to them?

The word canon comes from the word for rod or reed, which was used in the ancient world for measuring. Thus, it speaks of a standard or what the norm is. God was faithful through the transmission of the books of the Bible from the time they were penned to providentially preserve them for mankind recognizing which books have been preserved, and thus inspired by God and determined them to be worthy of passing on. So, canonicity would be defined as “men recognizing the inspired books that God preserved and collecting them into one volume as a measuring rod of human life.”

The apostles were formal, authorized representatives of Christ (Lk 6:12-16). As they died, it became of utmost importance for their teachings to be preserved and to know that their written teachings were from God. The apostles evidenced this concern at various times (1 Cor 11:2; 2 Thess 2:15; 2 Pet 1:15). In the end, God, through His providence, preserved apostolic writings through local churches, pastors, and church councils.

Recognition of these books did not establish them as biblical books, but vindicated what had long been established. There was no council that determined what was worthy of being put into Scripture; it was simply recognizing what was already part of Scripture. As the apostles passed off the scene, there was heretical confusion. It was in this scene that people are mistaken in their thinking that this discussion of what was canonical actually established the official canon.

Recognition of the Old Testament

The existing 39 books were established by Ezra around 430 B.C. The Jews clearly distinguished canonical books from non-canonical books, for as God’s Word was given, it was written down. Moses “wrote all the words of the LORD” (Ex 24:4) and Joshua “wrote these words in the book of the law of God” (Josh 24:26). Jesus and the apostles spoke of the Old Testament as complete in its present form (Lk 24:27, 32, 44; Acts 1:16; 8:32, 35; 1 Pet 2:6). The New Testament never contradicts the Old Testament story, historical facts, or theological principles. We even see canonization take place in Joshua people of God received and recognized the Word of God as soon as it was spoken and written down (Josh 1:7-8).

Recognition of the New Testament

The New Testament’s canonicity was established in the first century by apostles who wrote the books and the church that received them. In A.D. 367, the 39th Paschal Letter of Athanasius contained an exact list of the 27 New Testament books we have in our Bible today. This list was accepted by the churches in the Eastern Mediterranean at this early date. Only 30 years later in 397 A.D., the Council of Carthage, representing churches in the Western Mediterranean, agreed with the published list from the eastern churches. By the year 500 A.D. the whole Greek-speaking church had accepted all the books in the present New Testament. Furthermore, it was self-authenticating. New Testament writers attested to the canonicity of other New Testament writers. Peter classified Paul’s epistles as being on par with Scripture (2 Pet 3:15-16). Paul refers to Luke 10:7 in his epistle to Timothy (1 Tim 5:17-18) when he says “the laborer deserves his wages.” Many books had the personal witness of living apostles. In some cases, the church decided to include other NT books as their words bore witness to their authenticity.

“In the final analysis, the attempt to demonstrate criteria of canonicity seeks, from a position above the Canon, to rationalize or generalize about the Canon…Instead we must recognize the New Testament Canon as a self-authenticating, self-validating entity.”1

Instead of sitting in judgment on the Canon, we must recognize the New Testament as self-authenticating. Since the Bible was breathed out by God (2 Tim 3:16), it bears its own mark of authority, dependability, and authenticity. At the end of the Canon, Revelation 22:18, John warns us not to add to the prophecy of this book. In one concise verse, John, by the inspiration of the Spirit of God, declared the completeness of the Canon. John concluded that no more prophecy was needed.

“The part played by the warning of Revelation 22:18 in [the] decline and cessation [of prophetic/revelatory activity at the end of the first century AD] should not be overlooked….This was perhaps the most basic reason of all. The warning must be understood in light of the prophetic focus of the times. Ample reasons existed for John to conclude that no more prophecy was needed….[Rev 22:18-19] is a divine proclamation terminating use of the gift [of prophesy].”2

God faithfully preserved His Word, and man recognized the completeness of the canon from Genesis through Revelation. Thus, there are no lost books nor any future revelations to be anticipated. Man needs only to turn to God’s completed counsel to determine His mind on any issue of life. Since God has revealed His mind to us in His Word, why stoop to the opinions of man or personal experience that can and often are wrong? Why seek further revelation from God when He has already given us a completed record of His person and plan in a book that we can hold in our hands today? Though God’s revelation of Himself is partial, leaving secrets (Deut 29:29), everything that He intended to reveal to man has been conveyed in His Word.

Seven Reasons You Can Trust the Bible-Erwin Lutzer
The Canon of Scripture-F. F. Bruce
Inspiration and Canonicity of the Scriptures-R. Laird Harris
The Canon of the New Testament-Bruce Metzger
From God to Us-Norman Geisler & William Nix
In Defense of the Bible-Steven Cowan & Terry Wilder
The Question of Canon-Michael Krueger